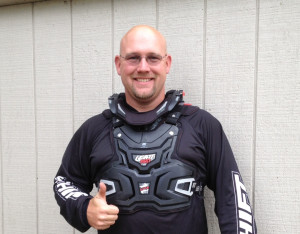 Tell us a little bit about yourself.  I was born, raised, and currently reside in the Northern Virginia area just west of Washington, D.C. I work in the hardscape/construction industry where we specialize in the installation of retaining wall systems and concrete paver applications. I’ve always been a career minded person which leads me to take an entrepreneurial approach to racing. I’ve been riding quads off and on for several years but didn’t get into racing until I was 30 years old. We are having a blast and I only wish I had gotten into it sooner.

What is your favorite part of riding a quad? I really enjoy the freedom that riding provides. Even though we are a team, when you are out in the woods you have no one else to blame but yourself for any pitfalls. It’s not only a physical challenge, but a mental one.

How did you get started in the sport? My first race was the GNCC at Steele Creek in 2008. My dad had passed away about a month and a half earlier and I was looking for something to take my mind off of it. Three of us said ”why not!!” and headed to North Carolina with not a clue what we were doing. We fumbled through the registration process, it was pouring rain at the holeshot, and my pit stop lasted 20 minutes. Believe it or not, I was hooked.

What are your long term racing goals? My biggest goal is to someday win a class championship. I’m not the youngest guy out there but I’m also not the oldest. It’s pretty frustrating and inspiring at the same time when guys that are 20 years older than I am leave me in the dust. I’m looking to improve my skills as a rider with every race and continue to climb through the ranks. I want to also be there to support our younger riders as their goals include turning pro.

What is your biggest ambition? Taking SBR as far as we can take it. I’m smart enough to know that as an individual in this sport, I won’t go but so far. However, as a team, I feel that sky is the limit. I would like to become more involved in the GNCC series as well as expand to other types of racing including UTV, desert, and team racing.

How did you get involved with the team? I started racing with Dan Webb back in 2008 and since then we have met and raced with some great people. The 2012 Loretta Lynn’s GNCC race is where the team got it’s start. Myself, Dan, and Josh Riley started batting around ideas and came up with the team name and the initial concept. Soon after, we approached Rusty Repass about joining and he jumped right on board. Jason, Colton, Andrew, and Donnie joined in the months following and here we are today. 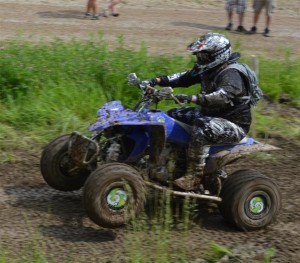 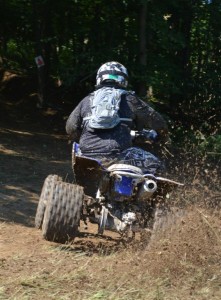